Planned Ballpark At Port Of Oakland Could Disrupt Transportation Between U.S. And Canada 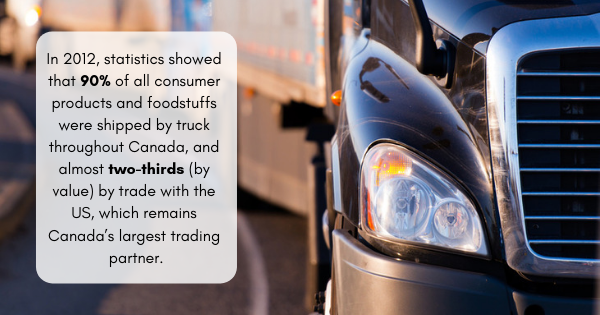 The U.S. and Canada, though they have very different systems of government and laws in place, are intricately connected through trade. America is considered Canada’s largest trading partner, as two-thirds of all the goods shipped by container trucking companies in the Great White North occurred with the United States. Because our commercial logistics are so intertwined, carrier and transportation companies should pay attention to any major changes that take place in America. Currently, the biggest problem has to do with the construction of a new ballpark — in the Charles P. Howard Terminal in the Port of Oakland.

The planned construction would be for the Oakland Athletics, an American professional baseball team. In addition to the ballpark itself, the team is also supporting the building of 3,000 residences near the ballpark, and another 3,000 on the Coliseum site.

The Agriculture Transportation Coalition (AgTC), a national organization that represents agriculture and forest product producers, farmers, processors, and exporters, has expressed concerns over the impact this will have on international trade, especially because deepwater ports are in short supply and high demand.

“We ask the governor, city of Oakland officials and port commission to very carefully consider the impact of permanently limiting the ability of the port to expand and negatively impacting existing maritime operations to serve the states’ and the nation’s agriculture production and exports,” stated AgTC Executive Director Peter Friedmann. “Taking Howard terminal offline and creating barriers to Oakland’s other marine terminals is directly contrary to the expanding infrastructure taking place at all U.S. coasts, in Canada, Mexico and Latin America and efforts to improve cargo velocity and flow.”

Due to the fact that this port acts as a critical gateway to America’s largest international markets, including Asia Pacific and South Asia, a restriction here could have far-reaching repercussions on the nations — like Canada — that depend on this activity to receive goods of their own. Container trucking companies in both the U.S. and its neighbors would suffer in the aftershocks.
​
Though it is unsure if Friedmann’s impassioned letter will see a response or change anyone’s mind, we can only hope the governor, city of Oakland officials, and port commission understand the potential repercussions.